Alpha Hydroxy Acids (AHAs) might be the anti-aging miracle workers of the new millennium. These New Age, wrinkle-smoothers from plants or milk products also help clear blemishes, hydrate the skin and lighten pigment spots by loosening one to several layers of dead cells clinging to the skin’s surface.

AHA's are so powerful on the skin and at the cash register, cosmetic companies are putting them in everything from cleansers and creams to masks and body lotions. In 1993 alone, over 50 new products containing some form of AHA hit store shelves or infomercial time slots from coast to coast.

Yet, consumers complain they do not know much about them except that they will take years off the skin in a matter of weeks. 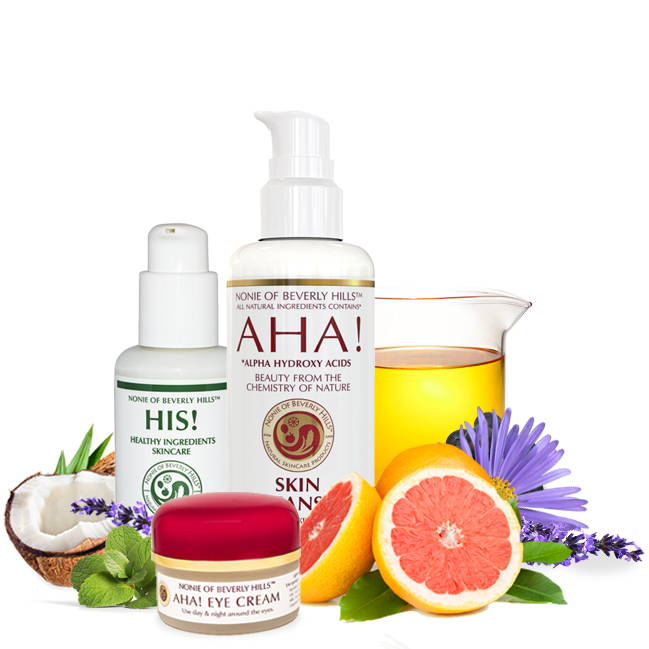 1) AHA's do more than other cosmetics but not as much as might be expected.
No other ingredients in cosmetics are as powerful as AHA's when it comes to peeling away dead, rough and/or uneven layers of old skin – not shells that grind, micro-beads that polish or enzymes that dissolve surface skin cells. That is because AHA's work by dissolving the glue-like lipids holding cells together and can penetrate deep into the skin to loosen these clingy bonds. "When dead cells are decreased, there are fewer cracks and fissures that can lead to irritation – so skin is healthier acting and younger looking," says Jean Haddad, a cosmetic manufacturer in Huntington Beach, California.

The peaks and valleys that form surface lines even out, dead cells plugging pores are dissolved, pigment that has built up in surface skin is whisked away and cell renewal is returned to a rate closer to what it was at 30 years of age. Haddad explains the increased cell renewal causes cells to become denser and more compact, making skin a more effective barrier to outside irritants and holding moisture inside to keep skin pliable, supple, and more comfortable. He cautions AHA's will not remove wrinkles or age spots altogether, as some salespeople profess. "At this time AHA's in the amounts we are using them are considered cosmetics by the Food and Drug Administration," says Haddad.

By definition, then, they only work on the skin's surface to produce surface improvements: create smooth lines, free pores of clogging cells, lighten pigment marks, and reveal younger, fresher skin. Wrinkles and age spots are located deeper in the skin, so change here will be minimal to none at all.

2) There is more to the AHA family than glycolic acid.
When AHA’s first arrived on the cosmetic scene, glycolic was the acid of choice due to its small molecular size. Not so anymore. Now there is a wide range of AHA products such as, lactic acid from soured or buttered milk, molasses, yogurt, honey, or bilberries, tartaric acid from grapes, berries, currants, passion fruit, honeysuckle, and red wine, citric acid from citrus fruits of all types, malic acid from apples, and gluconic acid from corn. Some cosmetic companies are even designing their own synthetic versions, coming up with names like gluconolactone and hydroxyl-caprylic acid, while others are adding the whole plant or milk extract for a totally natural approach.

Steve Kosann, President of Barnett Products Corp., in Englewood Cliffs, New Jersey, and supplier of AHA's to the cosmetic industry, thinks these natural forms are all right, but advises consumers to look for acid-containing naturals closer to the beginning of the ingredient list – the acids themselves can be listed in the middle or toward the end.

3) Not all AHA's work the same.
As with members of any family, each AHA has unique characteristics. That uniqueness is size-related. Glycolic acid is the smallest molecule, so it goes to work the quickest and deepest but it can also be one of the most irritating. Lactic acid is the second largest and is believed by many researchers to be the new acid of choice since it does not penetrate as deeply. Less irritation is felt, but it still gives great smoothing. In fact, in a study done by Walter Smith, Ph.D, a biochemist and independent researcher, the therapeutic index measuring the rate of cell renewal compared to irritation received from glycolic and lactic acids was extremely close – 5 percent lactic acid measured in at 12.7 while the same percentage of glycolic acid was 12.6.

Next up in size is tartaric and malic acid, then citric, gluconic and many of the new synthetics. These work only on and near the skin surface, so they take longer to show improvement, but are virtually guaranteed not to sting, burn or redden the skin.

Haddad says many cosmetic companies are now opting for acid combos that blend several sizes for staggered penetration. "The larger acids, like citric and tartaric, make the skin's surface more permeable, allowing the smaller acids, like lactic, to penetrate easier," he explains. 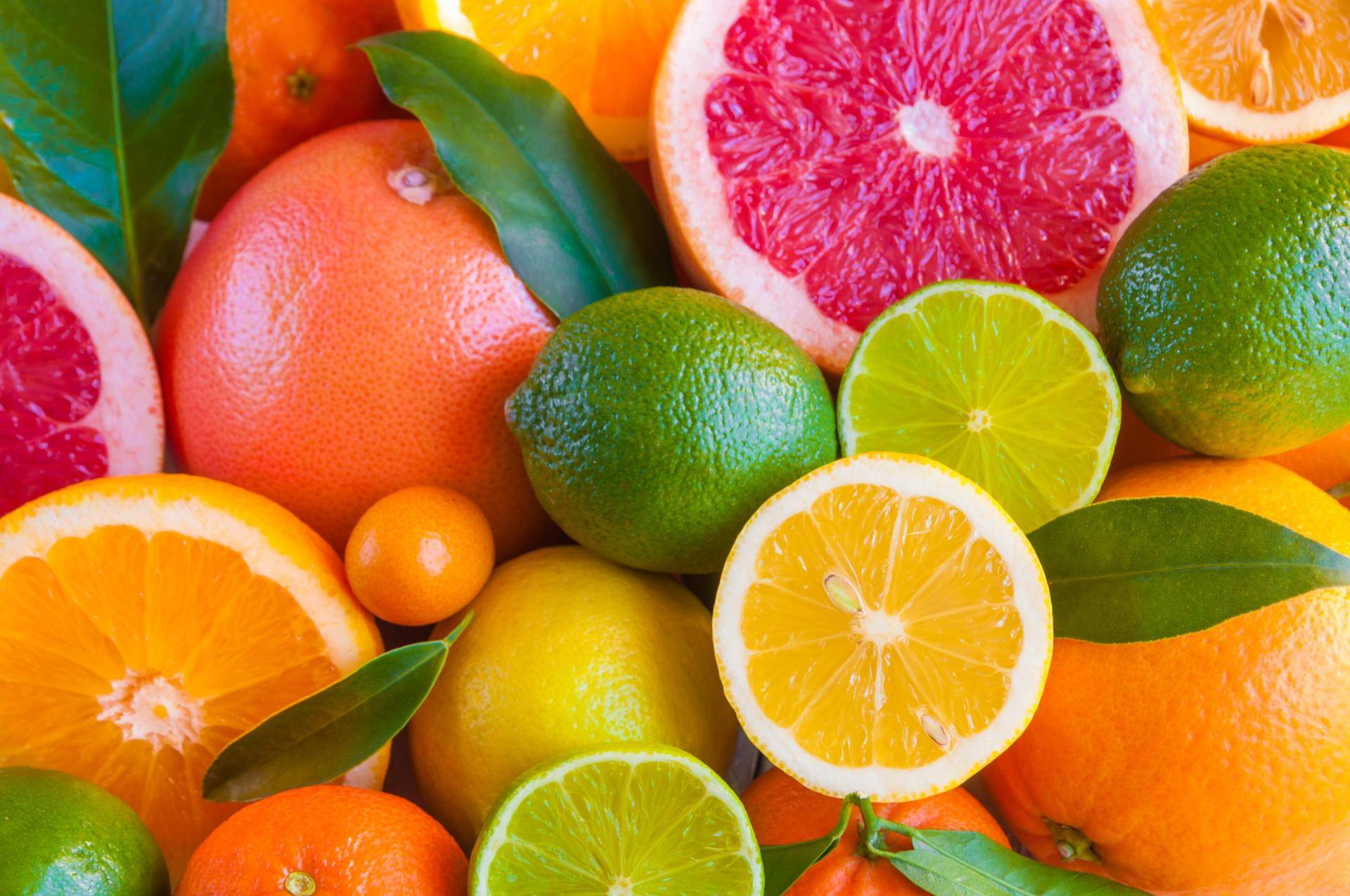 4) AHA’s are not a substitute for Retin-A.
While both slough away skin cells, AHA’s don’t generate new collagen to fill in deep wrinkles like the acne/anti wrinkle drug Retin-A. So says dermal researcher Lorraine Kligman, Ph.D., an assistant research professor at the Department of Dermatology of the University Of Pennsylvania School Of Medicine, who conducted skin tests comparing a cream with .05 percent retinoic acid to one with 10 percent glycolic acid.

New collagen was seen after 10 weeks in the skin treated with retinoic acid, but no new collagen was detected in the glycolic acid-treated skin. Kligman believes collagen synthesis is due to the presence of receptors for retinoic acid on fibroblasts, the skin’s collagen-making cells.

However, there are no such receptors for glycolic acid or other AHA’s, so collagen synthesis does not occur. “AHA’s simply exfoliate the skin while retinoic acid works at the nuclear level," she explains.

For this reason, skin care specialist Barbara Salomone, founder of the Conservatory of Esthetics, an advanced training center for estheticians in Park Ridge, IL., recommends a daily regimen of AHA’s followed by nightly applications of Retin-A. "AHA’s prepare the skin to accept the Retin-A more completely," explains Salomone. "But wrinkles fill in more noticeably with Retin-A due to the collagen synthesis."

5) Irritation is not needed to see results.
A little stinging during application is normal. However, if stinging continues, or redness, small bumps, and /or welts appear, do not think they are signs on the road to improvement. Kligman believes "irritation is counterproductive to healing or repair" because the resulting inflammation produces enzymes that destroy collagen and other structures. "With irritation, people could actually look older than when they started using AHA’s," observes Salomone.

To keep stinging and irritation to a minimum, she tells consumer to apply AHA products on dry skin 10 minutes after washing since wet skin is more absorbent. She also recommends building up to daily use by applying the AHA product once every other day for two weeks, then once a day for two weeks.

"If Retin-A isn’t part of the treatment, applications twice a day can be added in the same way every other day for a week or two, then every day. But only after skin has acclimated to applications once a day," adds Salamone.

6) Percentage is not as important as pH.
Higher AHA percentages do not guarantee a product will work better – only faster. Doctor's use between 50 percent and 70 percent. AHA's peel the skin overnight, while store bought products tend towards the percent to 12 percent range.

"But by the sixth week, regardless of percentage, most everyone sees results," says Kosann. What’s really important, explains Kosann, is pH – the measurement used to detect whether a substance is acidic (low pH) or alkaline (high pH). "You can get more results with a low percentage of a 2.5 pH than with a stronger percentage at 4.5 pH," he explains.

In tests comparing two liquids containing 3 percent lactic acid, one at pH (acidic) and one at 7 pH (neutral), Smith found pH – not percentage – was indeed the key to improvement. The 3 pH product increased skin firmness by 35 percent, cell renewal by 3 percent, smoothness by 44 percent and reduced clinical lines and wrinkles by 55 percent. An 18 percent increase in hydration was the only improvement found with the 7 pH product, since lactic acid is a moisture bonding humectant at any acidity.

Ultimately, Smith and other researchers have found the best results are seen between 3 pH and 4.5 pH with no benefits other than hydration noted above 5 pH. Unfortunately, manufacturers do not list pH on the container, but gels and oil-fee products tend to be more acidic than creams and lotions.

7) AHA's are not a universal answer to what ails skin.
Skin still needs to be cleansed and moisturized daily with a weekly mask treatment tossed in for invigoration and deep cleansing. "But be careful," warns Haddad. He advises avoiding cleansers that leave a film after rinsing.

"The film might keep AHA's from penetrating. Soaps, which contain tallow from animal or plant fats, are notorious for leaving this type of film. So are lotion cleansers. The richer the lotion, the worse they usually are. Instead, choose a liquid soap or foaming facial wash, both of which should rinse free," says Haddad.

If the AHA product does not moisturize enough, Haddad suggests selecting a mild moisturizer without a lot of "goodies" in it. Too much stimulation can be bad for the skin.

8) AHA exfoliation peaks at 8 to 12 weeks.
After 8 to 12 weeks, many people start to complain about not seeing further improvement in their skin. This slowdown may be due to a decrease in cell sloughing after several weeks of use, according to findings by Smith, who believes the skin just "adapts" to the AHA treatment.

On the other hand, salicylic acid – often touted as an AHA – is in fact another type of acid that works by dissolving the cell itself, not the glue holding cells together that is dissolved by AHA's. Smith found this cell dissolving activity to be highly compatible with AHA's, with exfoliation continuing long after the eight week deadline seen with AHA's alone.

However, do not cast away that AHA treatment after the eighth week. Smith conjectures prolonged treatment with these low pH formulas will ultimately lower the pH of skin’s living layers when an enzyme- transforming growth factor B- is bred. At 5 pH or less, this enzyme becomes active deep within the skin. This may ultimately kick cells back into increased renewal rates. However, Smith has not studied prolonged use of AHA's to know for certain what the final effect will be.

Rebecca James Gadberry is an instructor of Cosmetic Sciences at UCLA Extension in Los Angeles and is a product development and training consultant to beauty companies in the United States and Canada. 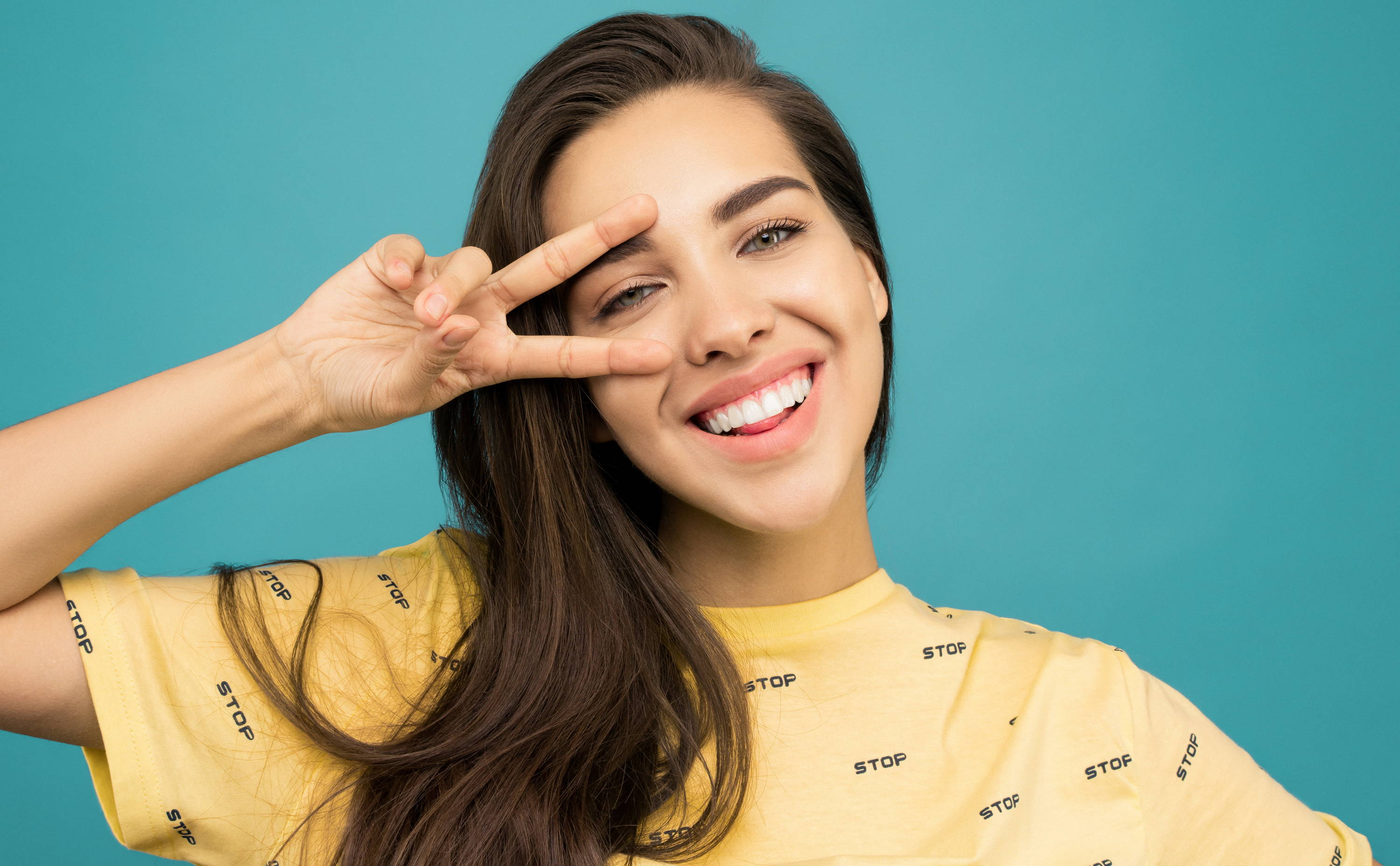